In This I Trust: Don't Take Progress For Granted 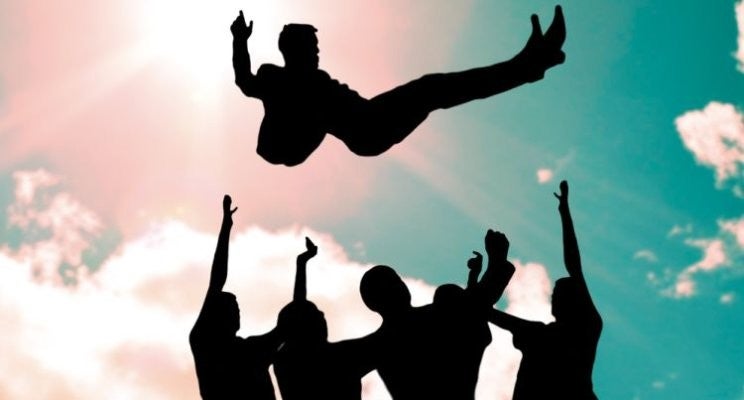 While the numbers are better for the military (73%) and the police (56%), this discouraged mindset permeates our politics, our media, our public discourse, and often even the way we talk to each other privately. But as pervasive as this lack of faith in major institutions seems to be, it misses the myriad ways we do trust.

And that’s a story that gets overlooked exactly because we have come to take much of our world—indeed, our good fortune—for granted. Like some petulant, spoiled teenagers who were protected and cared for by their parents and now are convinced that these people don’t know anything, we either fail to grasp or have forgotten how much genuine progress we have made as a society.

This attitude, this bad habit, is not inevitable. It’s why I look at the issue of trust differently than what often appears in the public sphere.

Consider: From the moment we wake, our everyday lives offer reminders of the high levels of trust that define our reality, even if we usually don’t take notice.

When your alarm goes off, you can trust that the time is accurate—or at least that it draws on the exacting atomic clock information from the National Institute of Standards and Technology. The origins of this date back to the US Constitution, which referred to Congress’ role to “fix the standard of weights and measures,” and to President Washington’s 1790 assertion that “uniformity in the currency, weights, and measures of the United States is an object of great importance….’

When you head to the bathroom and turn on the water faucet to brush your teeth, you can count on the safety of the water you drink. The failure to provide clean water in Flint, Michigan, underscores this: It not only represents a terrible aberration from the norm, it led to felony charges brought against emergency managers for ignoring warnings and failing to stop the use of unsafe water.

Before you pour your bowl of cereal, take a look at the detailed information that tells you about the nutrition, the weight and packaging inside. When you add milk, confident that it is pasteurized and safe to drink, remember that this liquid is derived from the body of an animal. In those unusual instances when specific foods lead to illness, it’s front-page news.

If your children hop on a public school bus, this government vehicle must meet a whole host of requirements that ensure its reliability, from the paint, the seats and the wheels to the safety glass of the windshield and the level of carbon monoxide emitted from its tailpipe. We only need to rewind four decades to a time when the air in car-centric places like Los Angeles was so polluted that breathing it could make your chest burn.

For all those who see rules and regulations as a restriction of their freedom, imagine driving your car without street lights or cross walks or stop signs. Imagine if there was no traffic system to regulate the flow of traffic and help guide you to your destination. Imagine if there were no requirements in place for the construction of bridges and skyscrapers or the maintenance and operation of commercial airplanes.

No one can reasonably argue that the systems in place are perfect or doubt that willful efforts to undermine public safety would disrupt the trust we put in our public sector to provide safe living conditions. From water and food to transportation and building, we expect that high level of safety and stability—a far cry from 1905 when Upton Sinclair described filthy working conditions in a Chicago meatpacking house. (That led to the Federal Meat Inspection Act in 1906 to ensure federal inspectors and sanitary conditions for slaughter and processing of meat.)

In 2015, the Pew Research survey of attitudes toward specific aspects of the federal government offered a more positive take. The federal government got high ratings for its response to natural disasters (79%), setting workplace standards (76%), keeping the country safe from terrorism (72%) and ensuring safe food and medicine (72%). Yet when respondents were asked to assess how much they can trust the government in general to do what is right, only 19% said they do “just about always” or “most of the time.” Nearly 60 years earlier, in 1958, that number was 73%.

To be sure, those numbers tick up and down based on national events, who is sitting in the White House and what political party is in power. But it underscores the importance of zooming in to look more closely at what touches your life, the good work that is being done each day, and our remarkable capacity to shape the world for the better.