How Science, Wedded with Good Policy, Has Created a Better World 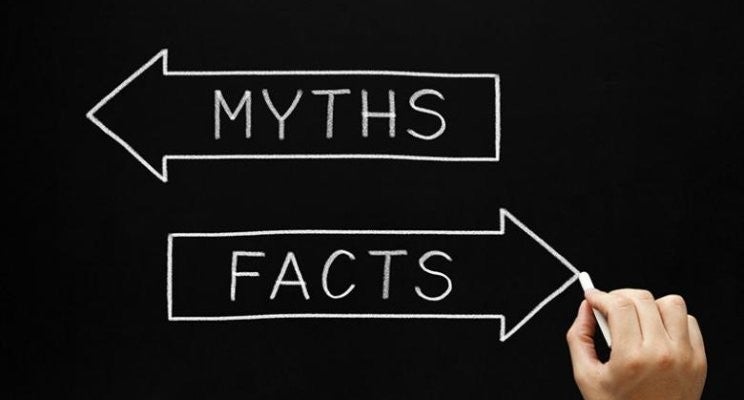 In the 20th century alone, smallpox killed over 300 million people, more than twice the number who died from mankind’s two deadliest wars. Its origins date back at least 3,500 years, a fact we know because pockmarks from smallpox have been found on mummies. In the 17th century, English historian Thomas Macaulay described this horribly painful and infectious disease as “the most terrible of all the ministers of death.”

It took the observation of English physician Edward Jenner to pursue a possible vaccine to prevent the deadly disease. In 1796, he heard and saw that dairymaids were not contracting smallpox after they had been infected with cowpox, a closely related but less destructive disease. So Jenner intentionally infected the eight-year-old son of his gardener with cowpox, and several days later scratched him with smallpox matter. The boy did not contract the disease, a result he confirmed by repeating the experiment with nearly two dozen others.

While Jenner’s use of human testing would be unacceptable today, his application of the scientific method—in brief, observation, hypothesis, systematic testing, conclusion—made it possible to assert causality and provide a significant advance to the modern world.

What Jenner learned more than 200 years ago demonstrates our ability to use reason, minimize bias and assemble facts to shape our fate. Such scientific enterprise was important then to build confidence in man’s capacity to improve life. And it remains central to our continuing progress and survival as a species, making it imperative that the widest possible population comprehends the role that science plays in the human endeavor.

Science is the most powerful sociological construct that humans have ever developed. It’s the means by which we unravel and understand nature. It’s how we advance solutions to our ills and differentiate ourselves from all other forms of life. We are knowledge-seeking creatures, and we use that knowledge to advance our insight, perspective and well-being.

Science is a fundamental tool to enhance understanding and social good rather than a tool for politics and political agendas. I’m a great believer that science is the means by which society progresses in dramatic, powerful ways.

And yet, we are witnessing a moment in which science is seen by some as more myth-making than methodology, more an expression of personal political bias than a reliable technique and systematic process to ask questions, gather facts, reach conclusions and do our human best to discern objective truth. Indeed, there is a dangerous scientific and technological illiteracy among many senior policymakers and elected officials, indifferent to the need to understand and engage complex technology-related social issues. Perhaps no example is more alarming than the current unwillingness to recognize the findings of climate science.

To be sure, science and scientists are not infallible. This is a human endeavor, after all, and they can be culturally biased and isolated. At a time when a deeper focus on sustainability is critical to human health and the survival of our planet, for example, Western science is often employed to manipulate nature rather than accept natural systems and dynamics.

Nor does it help that too many of our citizens see science education as memorizing facts and loading up with pre-determined findings. This is a far cry from the kind of creative thinking, exploration and experimentation critical to the development of knowledge. In a recent interview with journalist Fareed Zakaria, astrophysicist Neil DeGrasse Tyson talked about the need for a K-12 science class that is not focused on specific fields such as biology, chemistry or physics, but on “what science is as an enterprise--and how and why it works, and how it drives curiosity and inquiry.”

I agree. Such a course would also explore the role of science in achieving socially useful outcomes, indeed improving the quality of life on our increasingly crowded planet. This course would help explain how science’s essential value is not solely for the sake of knowledge; good science wedded with good policy really can change the world.

This brings us back to the history of smallpox. In 1798, Jenner published his findings, Inquiry into the Causes and Effects of the Variolae Vaccinae, Or Cow Pox. Yet as profound as Jenner’s work was in saving lives, the disfiguring disease continued to ravage millions and millions, year after year. Few countries were able to vaccinate enough people to avoid it spreading, and too many countries relied on vaccines that were below standard.

It was not until 1967, when the World Health Assembly passed a controversial resolution to eradicate smallpox from the globe. With limited resources, the World Health Organization created a plan to vaccinate 80 percent of the population in 50 countries with a vaccine of reliable potency. Within six years, they had eliminated smallpox in Latin America, Indonesia, every African country but one, and five countries in Asia.

But they still were challenged by more than a billion people in India, Pakistan, Nepal, Bangladesh and Pakistan. Explained Dr. D.A. Henderson, who directed the campaign: “What we were doing with surveillance and containment was not working….So we mobilized 120,000 people and visited every house in India. Then we did the same thing in Bangladesh and also went to Pakistan.”

In May of 1980, the World Health Assembly announced that smallpox was eradicated and that smallpox vaccinations could stop. It was a remarkable feat, the wedding of science and policy to create a better world.

It’s encouraging to note that, in a poll of the UK public, Edward Jenner was named one of the 100 Greatest Britons. (He came in number 78, one spot behind pop singer Robbie Williams. Charles Darwin was number 4.) Let’s hope more scientists can join the top ranks of polls like these, in the US and all over the world.