Why a College Degree Has Become More Important After the Great Recession, Not Less 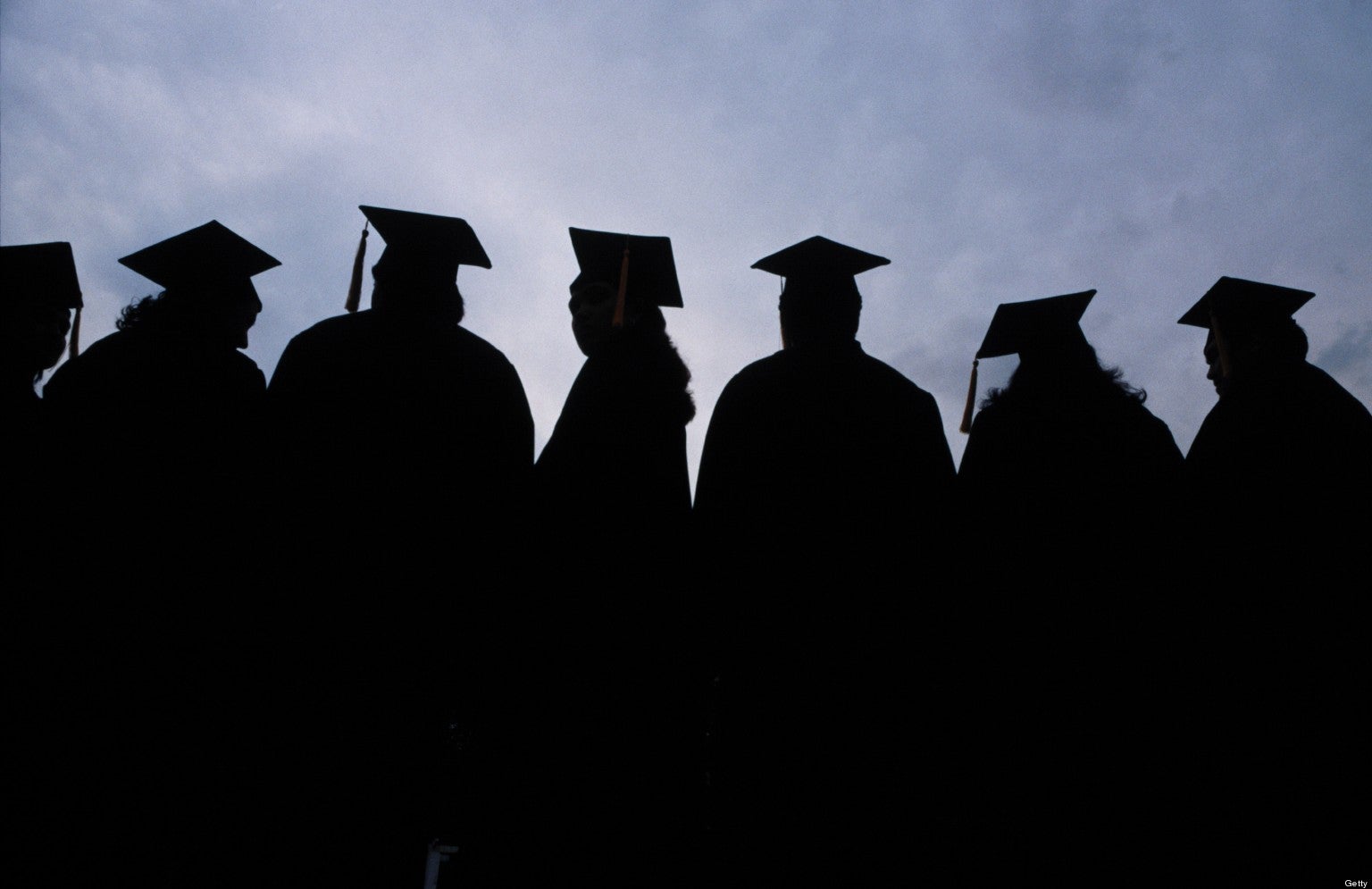 With unemployment at record lows, 2018 is a good year to be a college senior graduating into the American labor market. Nine years ago, with the economy still on the way to the bottom of the recession, it was a different story. In May 2009, the unemployment rate was 9.4 percent. President Obama gave his first college commencement speech at Arizona State University that year, and after the pleasantries, he got right to the point.

"The economy remains in the midst of a historic recession, the worst we've seen since the Great Depression," said Obama in his address. "The result in part of greed and irresponsibility that rippled out from Wall Street and Washington as we spent beyond our means and failed to make hard choices."

Michael Crow, the president of Arizona State University, introduced President Obama at that 2009 commencement. As part of our coverage of the financial crisis and its aftermath, Marketplace host Kai Ryssdal sat down with Crow to discuss the state of higher ed since the recession, and how that past is shaping the future.

Kai Ryssdal: So I'll tell you what: I just went back and I watched the video of President Obama's commencement address in 2009 at ASU. And I was watching mostly your introduction, actually, and you gave him a nice long windup, and you were very complimentary. But you said some things that were interesting, that I want to pick up on here. You talked about education as a civic duty, as a responsibility, and how you were going to keep that up. What I want to talk about is, at about the time the president gave that speech, the Arizona legislature decided to cut funding for ASU and education in that state quite a bit. And I want to know what was going through your mind in the spring of 2009 as the recession was hitting the bottom.

Michael Crow: Well, you know, what was going on then in 2009 was, we were in the beginning of a big shift, and we needed to figure our way through this big shift.

Ryssdal: It had been a pretty good run for you at ASU up to that point. I mean, you had grown. Tuition had gone up. You'd increased investment. And then it all came to a screeching halt.

Crow: Well, what happened, what came to a screeching halt was the public's willingness to continue to invest in higher education on a model that they had been used to from the past. And so what we had to figure out in 2008 and 2009 and 2010 was, how do we move forward on a completely new model.

Ryssdal: So what is that model? Because, you know, tuition's gone up, and state funding has stayed lower than it was. How are you doing this and serving the people of Arizona where, as you said, the economy has changed so drastically in the past 10 years?

Crow: So for us, what we've done is we abandoned what I call the public agency model of the university, where you run like the government, you run like a department of the government, you wait for the government to invest in the institution, and then you adjust your cost structure a little bit, and then you have some tuition to sort of balance out your expenses. And so we moved away from public agency to what we call public enterprise. By public enterprise, that means more partnerships, more alliances, and then shifting the emphasis of the state toward funding the student and not funding the university.

Ryssdal: Yeah, but the students are still paying tuition, right?

Crow: The students are paying tuition. But, you know, our hope is that, you know, where we can end up is that the state can invest in helping the students to be able to attend the university. Arizona is one of the few states that doesn't have much state-based financial aid. So we're trying to change the model from the university being an agency of the government, providing a public service, to the university being a public enterprise to which people come, and for which, if they can't afford to come, then they get assistance to be able to come.

Ryssdal: So given all that, and I hear you, but it is now more necessary than ever, right, to have a college degree, to ensure some kind of economic stability in your life. And at the same time, higher education costs so much more now. How have you rationalized that value proposition?

Crow: Well, the value proposition is an important one. First, you're right that, you know, we really need to get 90 percent of the population through high school. Of the 90 percent that finish high school, most states are now moving to what they call 60 percent attainment goals. So what they mean by attainment, post-secondary attainment, some kind of technical degree, technical certificate, associate's degree, or a bachelor's degree. That's what will be needed as, in a sense proxies for a person's ability to adapt to a rapidly changing economy. Here's a statistic that people ought to be aware of, and that is, half or slightly more than half of the people in the U.S. that ever started college never finished. It becomes more manageable if you have expense associated with going to college, if you have a dramatic return on your investment. If you don't graduate, you don't have that return on the investment at the same level. We've measured our return on investment. It's 12 percent on average. So we think the value proposition, as you describe it, is very positive.

Ryssdal: Let me use you as a proxy for all those other public university presidents out there who, I imagine, spent a lot of time in front of state legislatures testifying on this that and the other. Do you see a day when public investment in higher education will be back to — not even where it should be, but where it was 10 or 15 years ago?

Crow: I think what people are going to realize is that there's huge potential now to move the economy in a new direction, but that it's going to require people to be educated at a slightly different level than they were educated in the past. What that will mean then is that it will be in the best interest of every state to have the most capable workforce. And states will now begin, as they are increasingly, competing over workforce issues. Seven of the sites that Amazon is looking at for the placement of their next headquarters are in high-tax zones between metro Boston and metro Washington. It turns out that what they're after is human capital. Wiser state legislatures will see that and make those investments to help to be able to ensure that competitiveness.